We are thrilled to announce that the internationally-acclaimed Canadian writer Margaret Atwood has chosen THIN AIR 2019 as one of places she will launch The Testaments, her much-anticipated sequel to The Handmaid’s Tale.

“An Evening with Margaret Atwood” will be the final event at this year’s festival. It will feature Ms Atwood reading from The Testaments, followed by an on-stage conversation, at the Royal Manitoba Theatre Centre on Monday, September 30, 7:30pm.

The new novel, published by McClelland & Stewart, an imprint of Penguin RandomHouse Canada, answers questions that have tantalized readers since the 1985 release of The Handmaid’s Tale, an international bestseller and the inspiration for the award-winning television series, the full-length ballet, and the newly-released graphic novel. The Testaments picks up the story fifteen years after Offred stepped into the unknown, with the explosive testaments of three female narrators from Gilead. ​

“Dear Readers: Everything you’ve ever asked me about Gilead and its inner workings is the inspiration for this book. Well, almost everything! The other inspiration is the world  we’ve been living in.”   —Margaret Atwood​

Throughout her impressive writing career, Margaret Atwood has been an outspoken advocate for environmental responsibility, gender equity, and social justice, and her dystopic work in particular demonstrates a tireless drive to galvanize positive action. She is the author of more than forty books of fiction, poetry, and critical essays, and her work has been published in thirty-five countries. In addition to The Handmaid’s Tale, her novels include Cat’s Eye, short-listed for the 1989 Booker Prize; Alias Grace, which won the Giller Prize in Canada and the Premio Mondello in Italy; The Blind Assassin, winner of the 2000 Booker Prize; and the trilogy Oryx and Crake, short-listed for the 2003 Man Booker Prize, The Year of the Flood, and MaddAddam.

Tickets are available now through Eventbrite. If you prefer a paper ticket, please visit McNally Robinson Booksellers after June 1. McNally’s will be onsite with copies of The Testaments for purchase. (Note: Ms Atwood will not be signing books at the event; this is consistent with all of her Canadian appearances.) 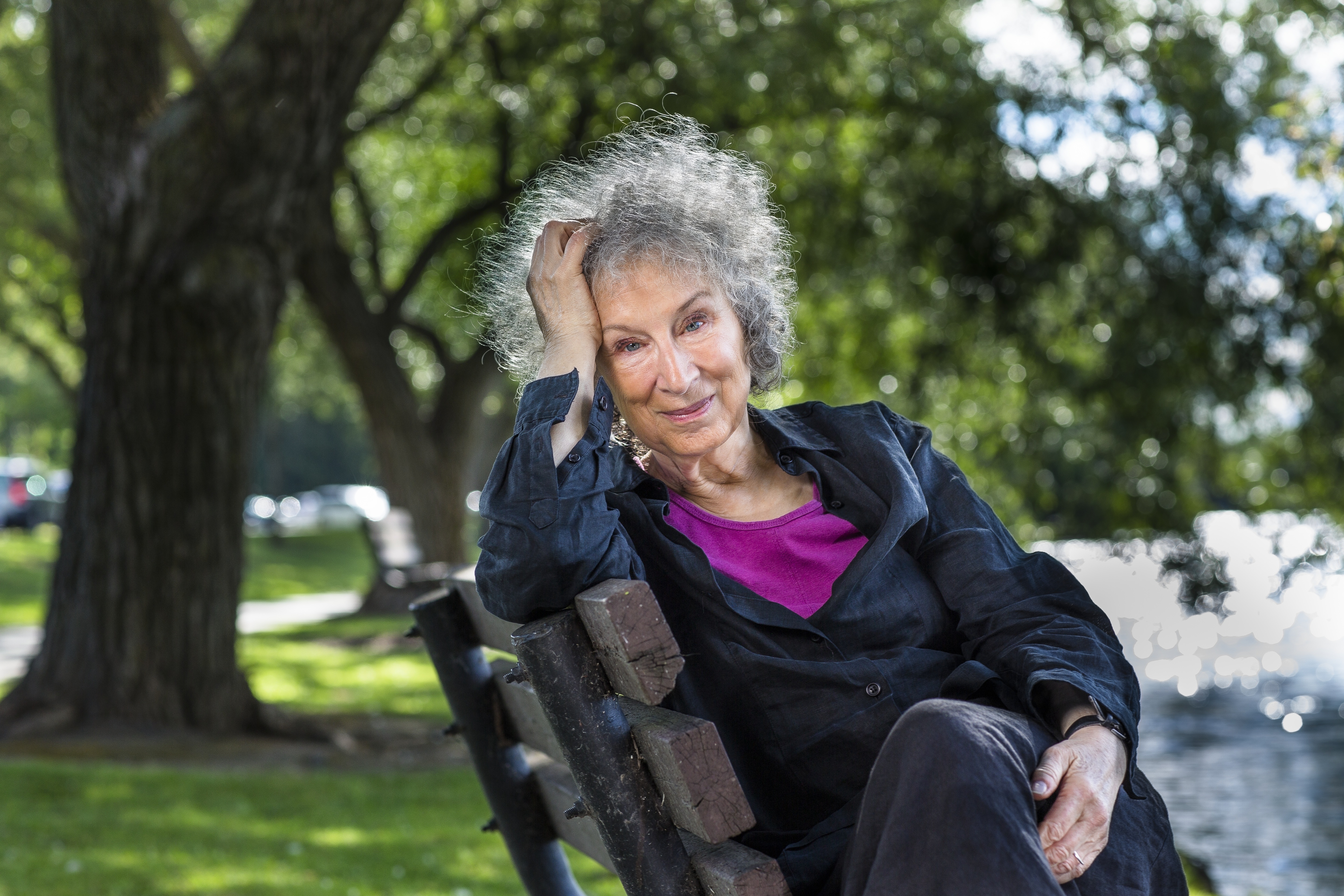