One Page: Canada’s Virtual Literary Series presents Paul Theroux talking with Dimitri Nasrallah about Under the Wave at Waimea and the lives we remember as we look back.

Register and tune in LIVE on Thursday, April 22 from 8-9pm CDT via CrowdCast HERE

From legendary writer Paul Theroux comes an atmospheric novel following a big-wave surfer in Hawaii as he confronts aging, privilege, mortality, and whose lives we choose to remember. In his sixties, big-wave surfer Joe Sharkey has passed his prime. The younger surfers around the breaks on the north shore of Oahu still call him the Shark, but his sponsors are looking elsewhere. When Joe accidentally hits and kills a man near Waimea while driving home from a bar after a night of drinking, it seems he’ll never rebound. Under the direction of his devoted girlfriend Olive, he throws himself into uncovering his victim’s story. But what they find in Max Mulgrave is anything but expected: a shared history – and refuge in the waves.

Paul Theroux talks with novelist Dimitri Nasrallah (Niko) about Under the Wave at Waimea and the lives we remember as we look back. 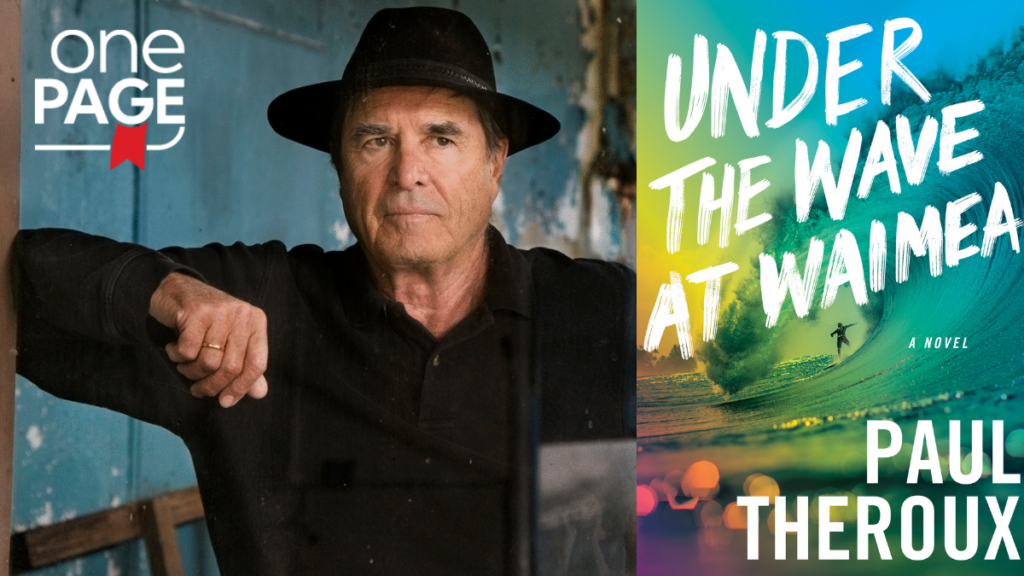 Photo of the author is courtesy of Steve McCurry.