One Page: Canada’s Virtual Literary Series presents Francisco Goldman talking about the novel Monkey Boy and the pressures of living between two worlds with Randy Boyagoda.

Register and tune in LIVE on Thursday, May 20 from 6-7pm CDT via Crowdcast HERE.

Francisco Goldman, author of the best selling novel Say Her Name, returns with Monkey Boy a sweeping story about the impact of divided identity – whether Jewish/Catholic, white/brown, native/expat – and one misfit’s quest to heal his damaged past and find love.

Living and working in Mexico City as a journalist for over a decade, the narrator (Francisco Goldberg) has recently returned to New York City in hopes of “going home again.” Following five years since he last relationship, he finds himself falling in love. After being called by his high-school girlfriend to return to Boston, he uncovers the opportunity to build a closer relationship with his mother, Yolanda, around whom his story orbits like a dark star. During the five day trip in his home city, Frank’s recently deceased father, the high school bullies who labelled him “monkey boy,” and his estranged, Lexi, background the journey. Captivatingly honest, hilarious, and passionate, Goldman’s portrayal of developing outside the dominant culture exposes the concealed cruelties in a predominantly white, working-class Boston suburb, where he came of age.  A crowning achievement from one of the most important American voices in the last 40 years.

Francisco Goldman talks about the novel Monkey Boy and the pressures of living between two worlds with Randy Boyagoda. 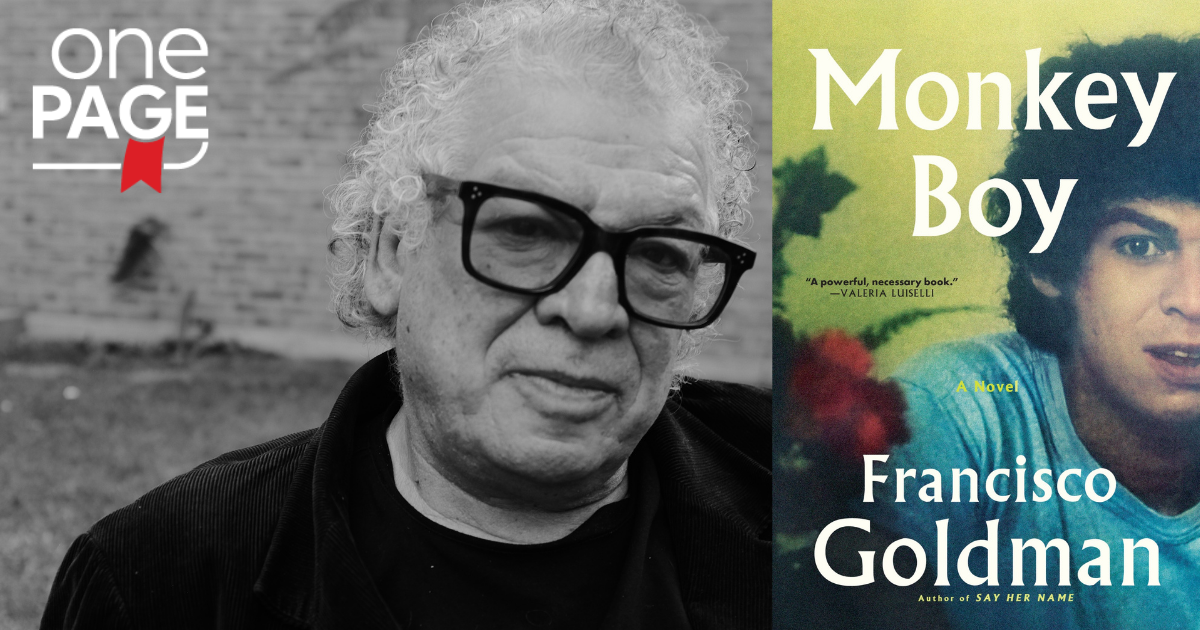 Picture of author is courtesy of Pia Elizondo.