When her 17th book, 10 Minutes 38 Seconds in This Strange World, was published in 2019, Elif Shafak became one of the first Turkish writers to be nominated for a Booker Prize. The list of nominated works that year included Margaret Atwood, Bernadine Evaristo and others, but Shafak’s book was one of the sole works that came at an enormously high personal cost. As one of Turkey’s best-known and most widely read authors, Shafak has long challenged Turkey’s official state narrative relating to its own history, its sexual violence, its treatment of its minority populations and other “official stories” and Shafak has faced great challenges due to her subject matter and her challenging of these official Turkish narratives. This included a charge of “insulting Turkishness” which carried the threat of jail time in Turkey (the charge was later dismissed). In 10 Minutes, Shafak explores the life of a woman, Leila, and her “outcast” friends as Leila lies dying, murdered on the rough and violent streets of Istanbul. In a daring and unconventional use of form to tell the intertwined stories of a single death and its impact on a group of women, Shafak again shows us her formidable storytelling skills and the lives under the surface of the official narrative.

Elif Shafak talks about 10 Minutes 38 Seconds in This Strange World and how art is her voice of challenge.

About this event’s guests:
Elif Shafak

Register in advance and tune in LIVE on March 4 from 11 am-12 pm CST on the One Page Crowdcast channel. 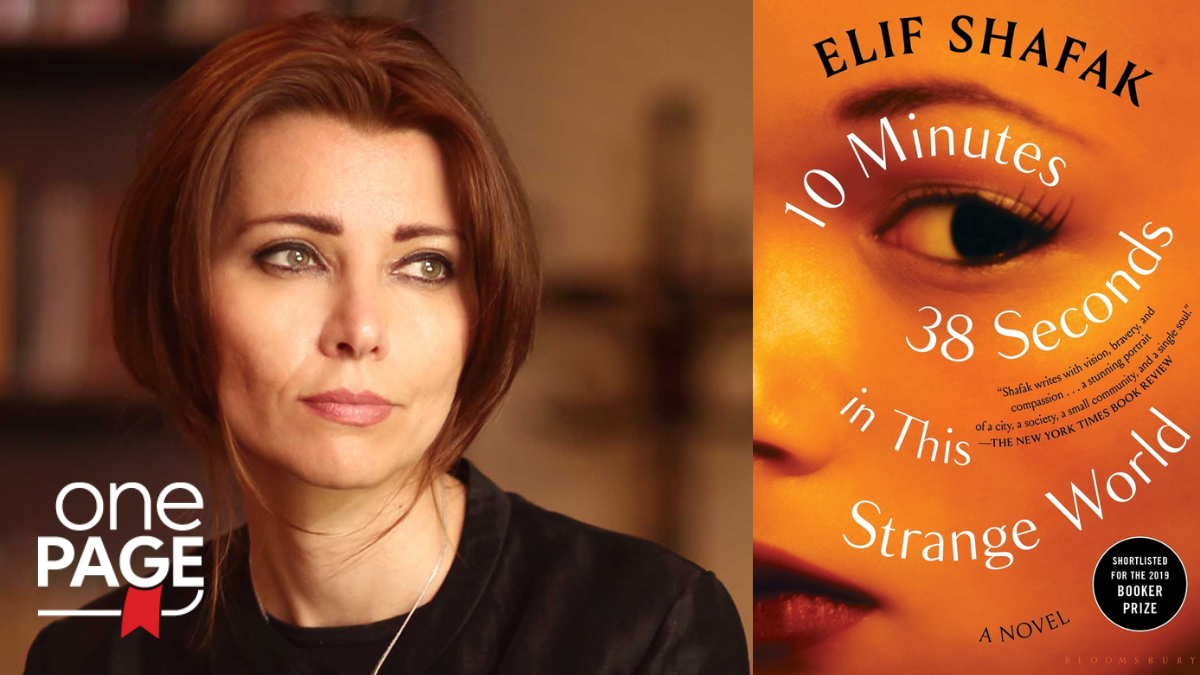 The photo of the author is courtesy of Zeynel Abidin.